To EV or not to EV

Electric vehicles have come a long way, but their limitations aren’t shared by many other transportation methods.

Indeed, we are in the middle of the biggest revolution in motoring since Henry Ford’s first production line started turning back in 1913.

If you take a look around, you might get a strong impression that electric vehicles are definitively the future. In fact, Tesla’s skyrocketing share price briefly made Elon Musk the world’s richest man, and the company reported its first profitable year since it was founded in 2003.

But is the future really electric? Possibly not. The main driving force behind the hype has been global concern over carbon emissions and a desire to limit them before the situation gets beyond humanity’s control.

That’s as good a reason as any, but there are other ways of achieving these goals, and electric vehicles aren’t as green as they seem in the first place.

On top of that, electric cars are severely limited by several drawbacks, including:

Actually, electric cars are on the higher end of the chart due to their batteries. Those batteries are also something that will need replacing, as all car parts do, should someone want to keep their car on the road and reduce its environmental impact.

Not to mention that when an electric vehicle hits the road, the energy to power it has to come from somewhere. As around 30% of electricity generated in the United States comes from coal, fossil fuels are still effectively getting you from A to B in most cases.  In China, that number jumps to two-thirds. Even the Netherlands, with its iconic windmills, generates 29 percent of its electricity from coal. Globally, roughly 37 percent of the world’s electricity comes from power plants that burn coal.

However, because electric vehicles are more efficient in converting energy to power cars, electricity across the board is cleaner and cheaper as a fuel for vehicles, even when that electricity comes from the dirtiest grid. Running electric or hybrid cars on the grid in any state has lower greenhouse gas emissions than gasoline-powered cars, as revealed in a study by experts at the Union of Concerned Scientists. And as states clean up their energy grids, the benefits of electric vehicles become stronger.

Another considerable point is how long do electric car batteries last?

There are two ways to look at this question. The first is the electric car range – how far a car can travel on a full charge. As you might expect, this also varies depending on the vehicle and the type of battery it has. However, the average is around 200 miles, with the Tesla Model S reaching 345 miles and the Nissan Leaf reaching 135 miles.

The other consideration is the lifespan of EV batteries. The batteries that electric cars use become less efficient over time, meaning they eventually hold less charge. However, industry stats predict that most electric car batteries will last between 10 and 20 years before they need replacing.

So, here come the growing environmental consciousness, the legislations and CO2 emissions regulations from governments and international boards and authorities.

In 2012, the U.S. passed the new Corporate Average Fuel Economy (CAFE) standards, which were put in place by the Environmental Protection Agency (EPA) under President Barack Obama, and called for auto manufacturers to have an average fuel economy of 54.5 miles per gallon (mpg) across their fleets by the 2025 model year. As a point of reference, the average fuel economy for all cars sold in 2012 was 23.2 mpg (10 L/100km).

The European Union, which implemented an agreement with auto manufacturers to reduce carbon dioxide emissions as early as 1998, has been gradually increasing its fuel efficiency targets ever since.

More recently, a number of countries have signalled even more rigorous emissions standards by proposing deadlines for the outright outlaw of sales of vehicles with internal combustion engines. Others, such as India, the Netherlands, and Israel, have proposed a 2030 target, while China (the world’s largest car market) is actively considering and studying a ban.

Norway — the top country in the world for EV market share — makes for a compelling case study. EV and plug-in hybrids reached a 39% market share in 2017, in large part driven by a number of government incentives, including:

After all, reducing your carbon footprint and greenhouse gases, transport accounts for around one-fifth of global CO2 emissions. What’s more, nearly 75% of these emissions come from road vehicles.

Evidently, there is a need for more eco-friendly transport and energy systems around the world. So how sustainable are electric vehicles? And what is their impact on the environment?

One of the biggest benefits of electric cars and other vehicles is that they produce zero emissions when they’re running. As there is no process of combustion, no fuel is burned, and no CO2 emissions are released into the atmosphere.

For electric cars to be more eco-friendly, manufacturing processes, as well as battery recycling and efficiency, must all improve. That being said, a 2018 report from the UK government concluded that battery electric vehicles (BEVs) ‘have substantially lower greenhouse gas emissions than conventional vehicles, even when taking into account the electricity source and the electricity used for battery production.’

Truly, almost every major automaker is planning for a shift to electric vehicles and Europe, China, and India are on their way to ban the sale of fossil fuel-powered cars. We’re also seeing the peak of the linear growth curve of hybrid sales and the real start to the exponential growth of EV sales. As a result, carbon emissions from transport decline, but power demand and pressure on the grid really start to ramp up.

So, the crucial question when it comes to sustainability and climate change is where this electricity comes from. Power that comes from wind turbines, solar panels, or other renewable energy sources is generally pretty clean.

By 2040, roughly half of the vehicles on the road will still be powered by fossil fuels, but all new vehicles sold will be EVs. As a result, carbon dioxide production from passenger cars will fall to 1.7 billion metric tons, but total energy required to power the increasingly electric global fleet of cars will have grown to around 1,350 terawatt hours.

So, if we assume that all cars sold in 2040 onwards are electric, we’ll see an additional electricity demand of around 3,000 terawatt hours in 2050. To put that number into perspective, the European Union generates about 3,200 terawatt hours today. The increased demand will force significant change in our current power generation mix.

The switch to zero-emissions vehicles is not a zero-sum game.

As more EVs are sold, power demand rises, which drives increased demand for clean-energy alternatives, which in turn drives demand for a host of other materials, like the lithium used in batteries to store electricity, silver and copper used in solar production and charging infrastructure, rare earths used in electric motors, and more.

To wrap it up, it looks like the EV future is more like a vicious circle than a sustainable solution. The today problems, failures and technical issues along with the future uncertainty, extra technical challenges and more than necessary redesign of processes and systems, makes EVs more like a new headache rather than a solid solution of the problem.

Indeed, EVs have come a long way, but their limitations aren’t shared by many other transportation methods. They are going to get better, but plenty of other vehicles could go so much further. 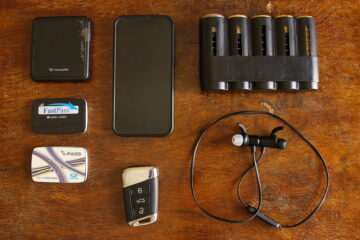 All professionals carry a set of essential tools that will make their life easier, more convenient and efficient. So, taxi drivers have their own toolkit. At the same time, those tools will help them to Read more… 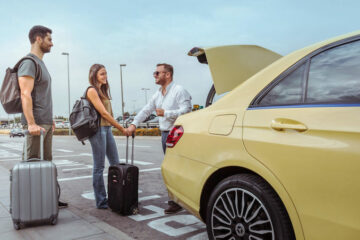 The first person that welcomes a traveller in a destination, is usually the taxi driver that transfers them to their hotel or Airbnb. The service the driver offers, creates the first impression of that destination Read more… 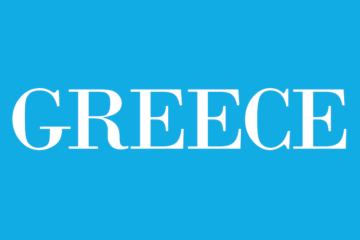 There are a million reasons to visit the birthplace of Zeus, Zorbas, Seferis, Xatzidakis, Theodorakis and the list goes on but let me tell you the top 4 reasons to visit Greece. Beautiful places, hospitable people, Read more…